The Department for Digital, Culture, Media & Sport has announced that the Government’s Listed Places of Worship Grants Scheme will be extended for three years to 31 March 2025.

Grants cover the cost of VAT on repairs to listed buildings in use as places of worship.

Applications may be made in respect of repairs to the fabric of the building and include associated professional fees, as well as repairs to turret clocks, bells, and pipe organs.

This can make a very significant reduction in overall costs and is good news for any listed church engaged in or about to embark on repairs or restoration.

At the Annual Meeting, Chairman, the Revd Canon Malcolm Grant explained the recent change to the Trust's legal status. This was a necessary step, which means that BHHCT has a new Charity number, and can now hold investments and funds in its own right as a legal entity. This has required changes to bank accounts. It also means that the Trustees are now called members, and people who have joined ( previously called members) will now be known as Friends, while church congregations which have joined the Trust are called Corporate Supporters. The Trust will be writing to everyone individually about this in a few weeks.

Malcolm paid tribute to Trustee Madeline Russell for taking on the role of acting Treasurer in the past year, in addition to her work running the  Bike 'n Hike.  It has been an onerous task, particularly in relation to the change in legal status.

After the business part of the meeting, we visited the modern church of St George in the same parish. Built in 1962, this church has an exciting and dynamic interior - bare concrete, with a massive statue of the ascending Christ raised high above the altar. the vicar explained the particular challenges and benefits of this modern building.

After a delicious afternoon tea in the vicarage garden, kindly hosted by Rev Trev and Mrs Sharp, we returned to St George's for Choral Evensong, sung beautifully by the parish choir, and a sermon from The Venerable Jane Mainwaring, Archdeacon of St Albans.

Trust News Spring 2022 is now available - scroll down this page to download.

Find out news about another great year for Bike 'n Hike; the return of our Study Day and our guided Church Tours; Chairman's report; details about the recent change to the Trust's charitable status and other news.

There can be no doubt that maintaining a church or chapel can cost a lot of money and delaying a repair always means a bigger bill later.

Beds and Herts have a rich heritage of ancient buildings - and some impressive modern ones too - all of which need to be kept in good condition to allow them to function as places of worship and be an obvious Christian presence in our communities. A well maintained church makes a powerful statement to the world outside.

It is not always easy for church congregations to find the cash to deal with problems with their church building but it is essential they do - keeping the weather out for example has to be a number one priority. Repairs can be expensive, demanding a vast amount of energy to fund-raise for the balance.

If a church is having difficulty closing a funding gap to repair their church it might be worthwhile speaking to this Trust. A grant could make a real difference to local efforts to achieve what some might have thought at the outset, as the impossible.

The cash comes mainly from the annual sponsored Bike 'n Hike, held every year on the second Saturday in September. More details about this can be found here. The Trust is also working hard to establish an endowment fund so that it can go on helping churches, should income from the Bike ’n Hike be threatened.

To contact the Trust for more information about grants, e-mail: [email protected].

CLICK HERE FOR LINKS TO ASSOCIATED OR SYMPATHETIC ORGANISATIONS

Can the Trust help? 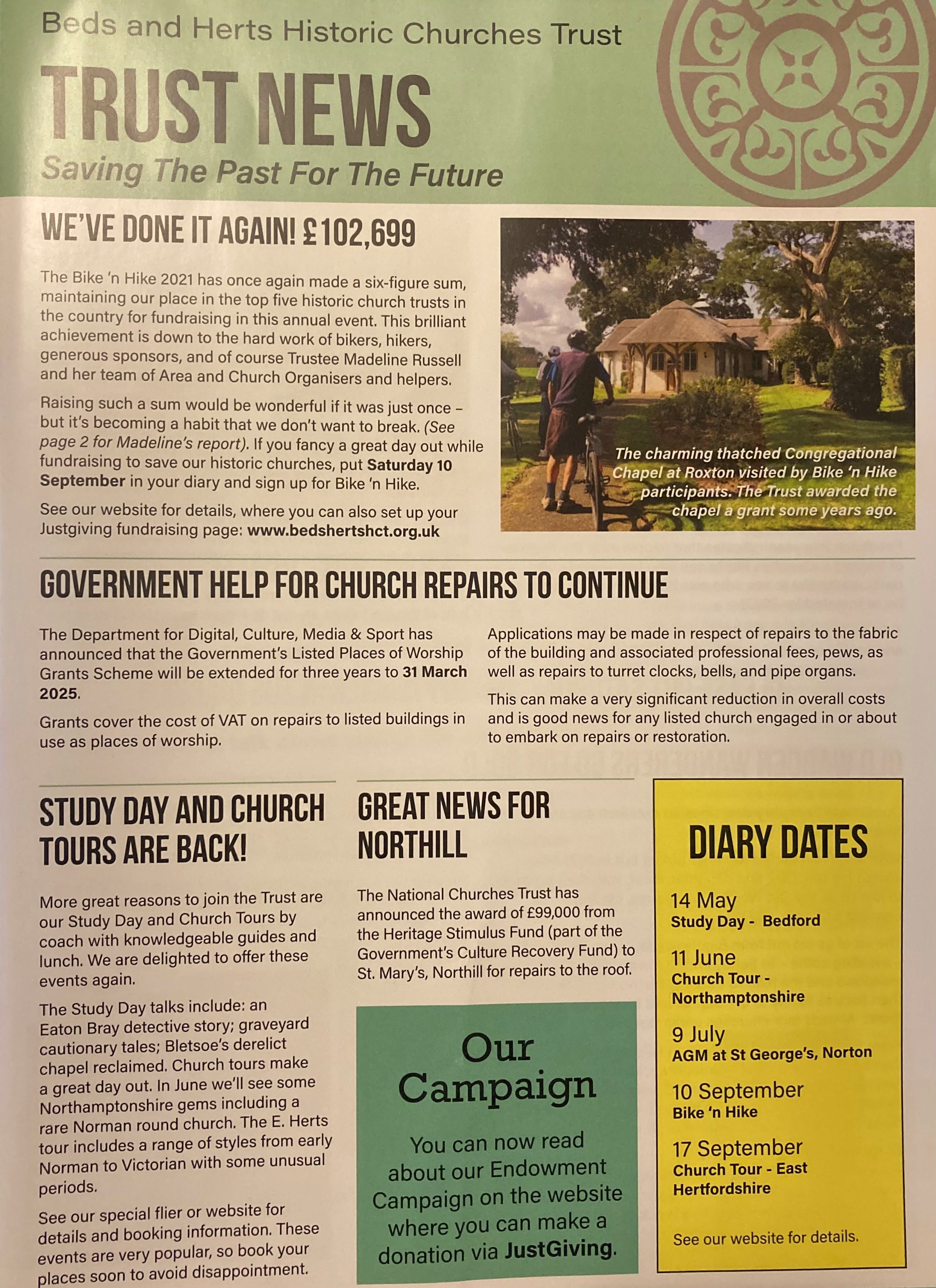 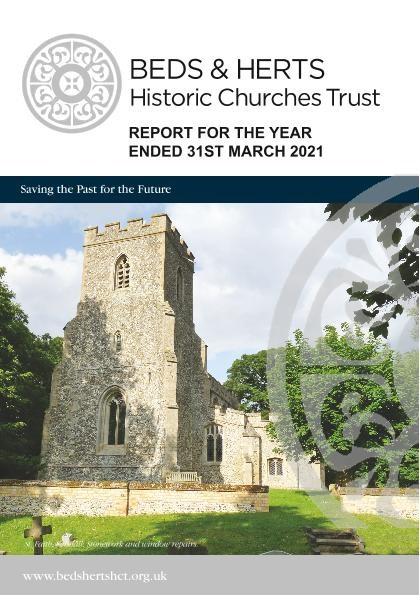